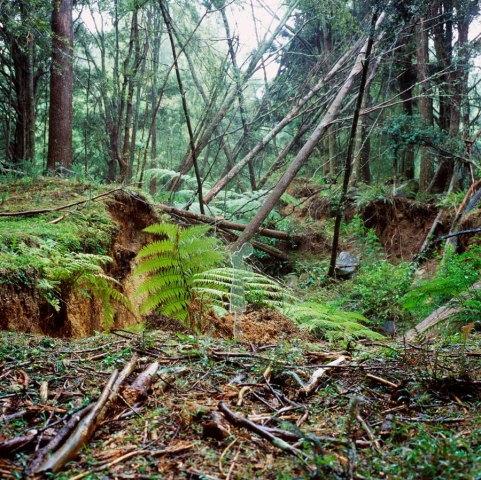 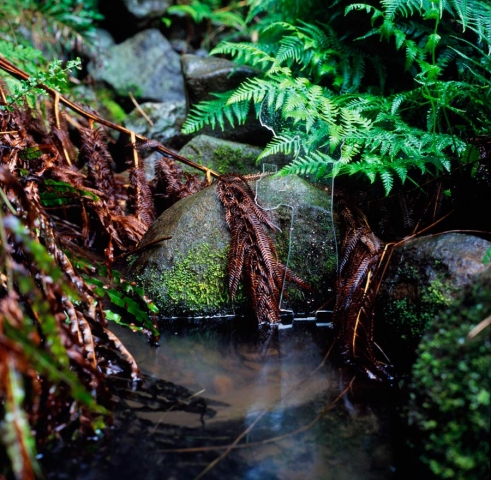 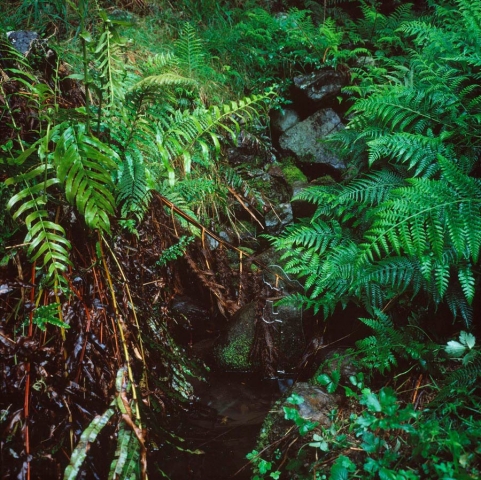 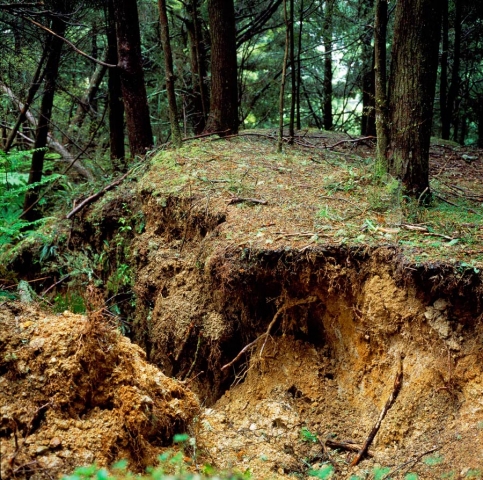 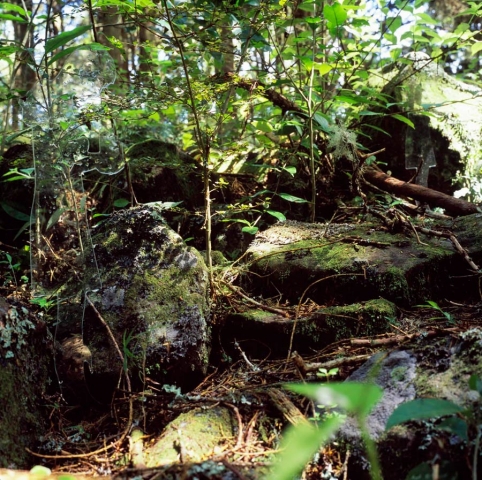 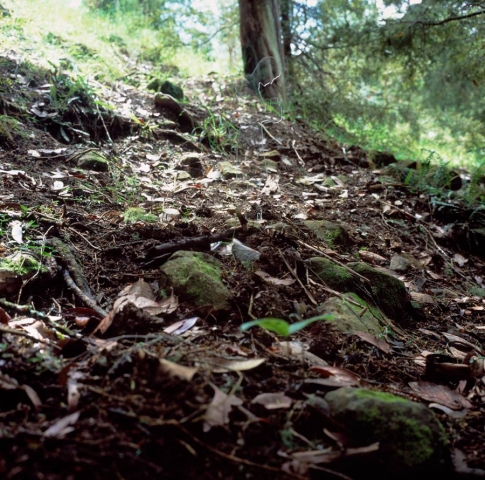 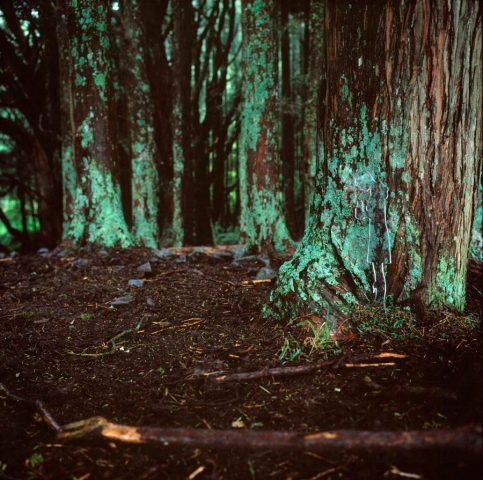 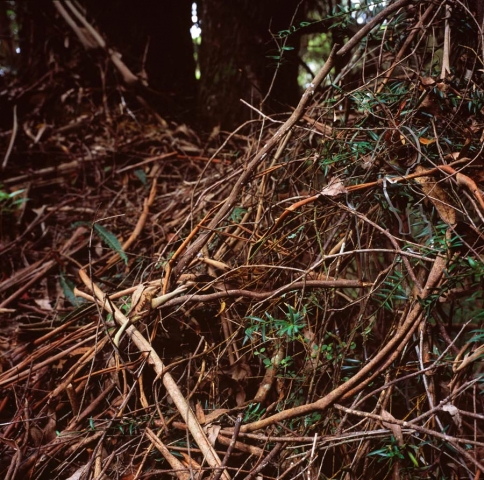 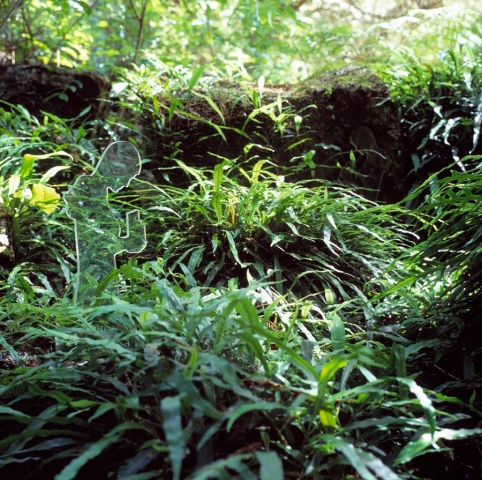 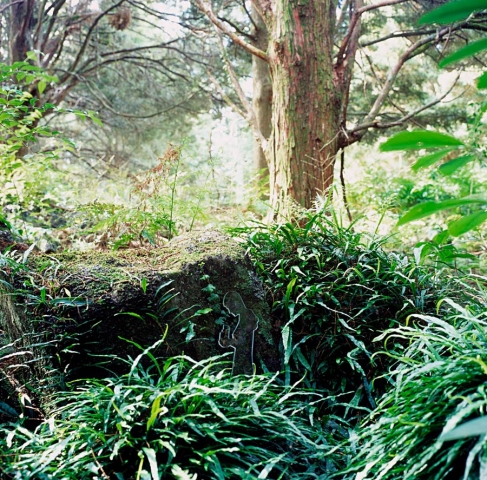 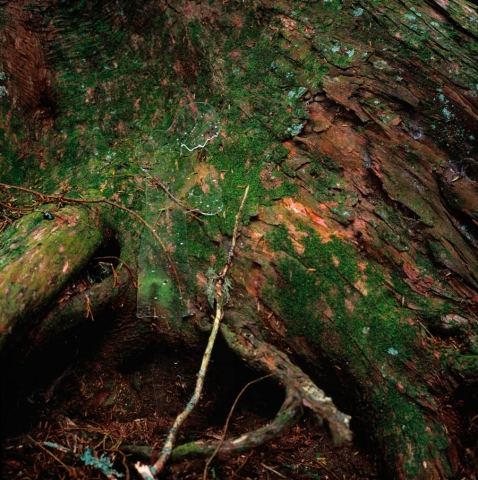 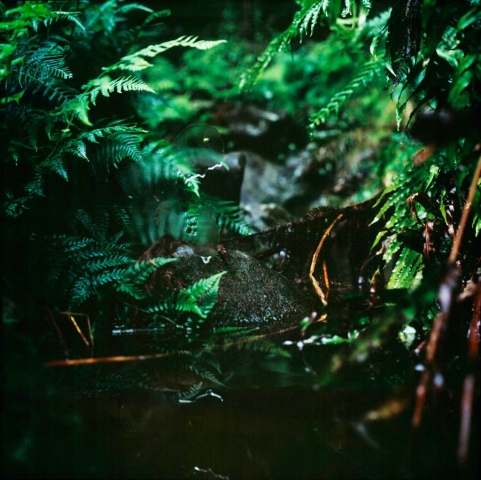 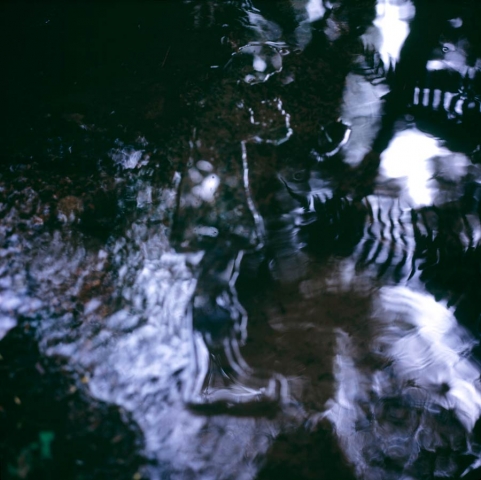 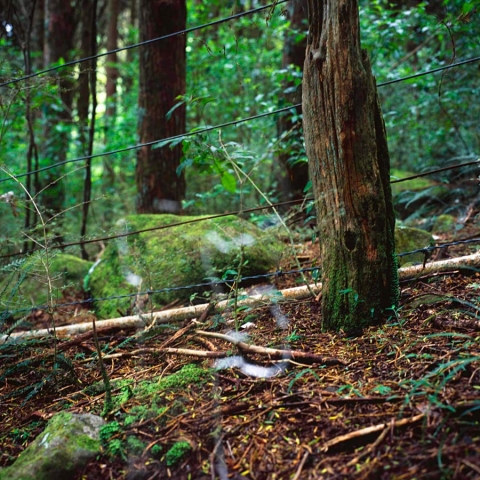 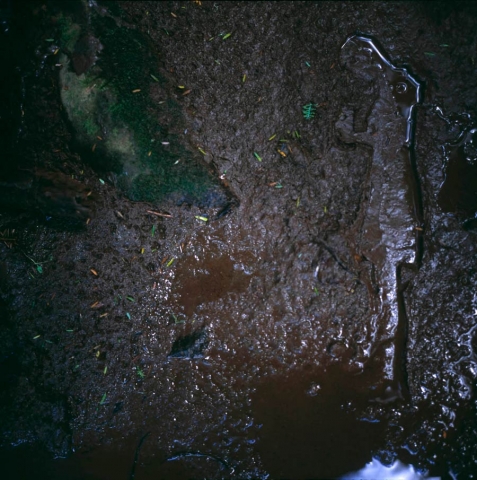 This series follows on from Abby Storey’s Observer series of 2006. Whilst in Observer the photographer’s silhouette was transferred via stencil and spraypaint, in The Analogue the photographer is shown as a transparent figure. Head inclined over her Rolleiflex, she is eternally photographing that which we cannot see.

Increasing, we live in isolation from the environment and the land. We are detached from the land, while we came from it we stand apart through our technology and achievements. The land has become something we own and which is ours to exploit. Even environmental policies and efforts to protect the natural world imply a proprietorial relationship. For many people, the experience of 21st century urban living is largely divorced from the realities of nature. Thus contemporary society views the natural world through a lens, literally; through photography, television and video, and figuratively; through the lens of our lifestyles and experiences.

The girl photographer in these images is an acrylic cutout silhouette of the photographer. She is humanity, she is a lens through which we view nature, she is the ubiquitous photographer, eternally looking. She is the direct product of developed human society, made by an industrial process, out of synthetic material which will last many lifetimes.

“Examples from Abby Storey’s The Analogue series, which features a transparent figure of the photographer hidden in the lush foliage natural scenes that she captures, will introduce a vulnerable, even spectral, human element to the process of mechanical, photographic reproduction. This added element creates an endearing effect that is similar to when a photographer’s shadow is caught unwittingly by the light, or when their finger is visible in the corner of the frame. It also makes apparent the normally invisible specter of the artist.”

Anusha Kenny and Helen Hughes
Co-curators of Zero & Not, fortyfivedownstairs, 2009