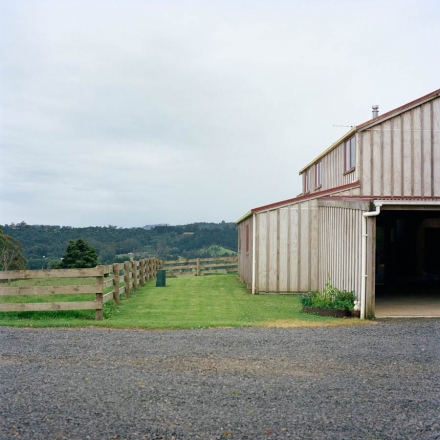 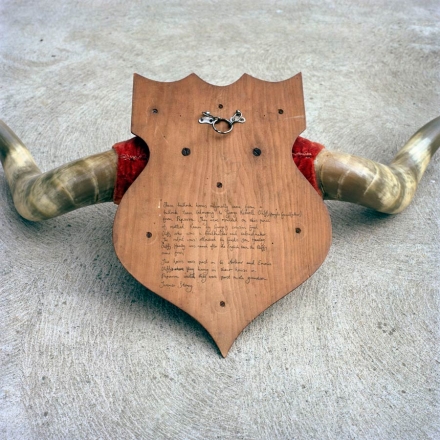 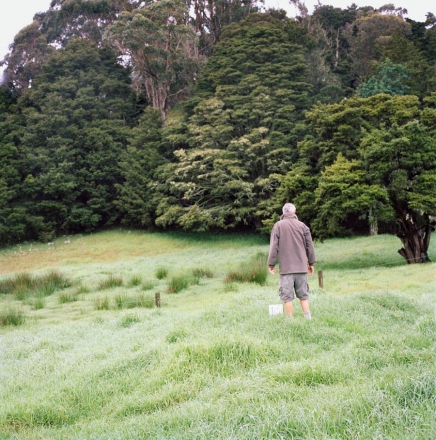 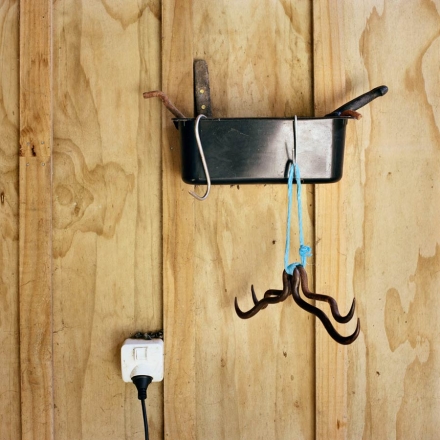 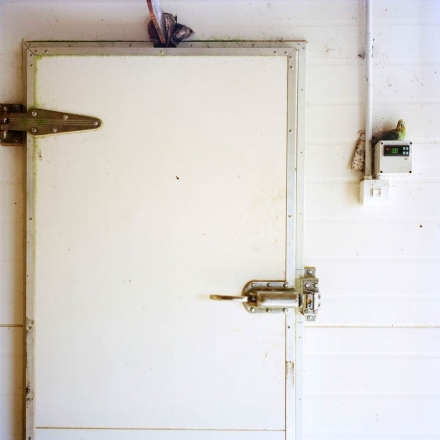 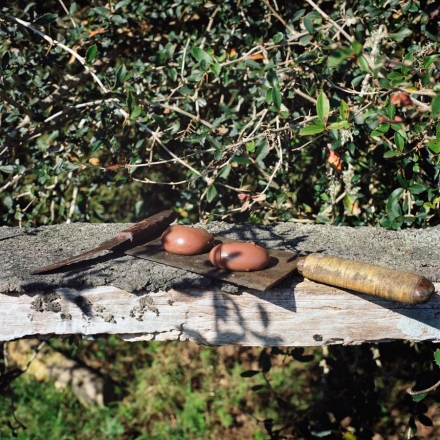 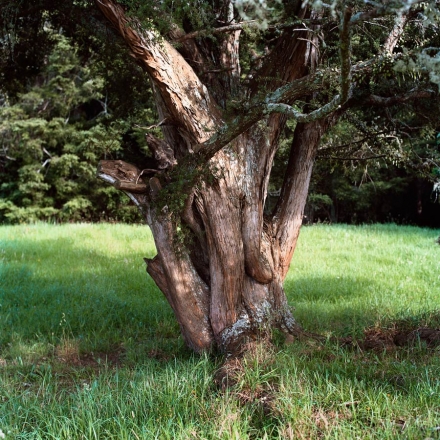 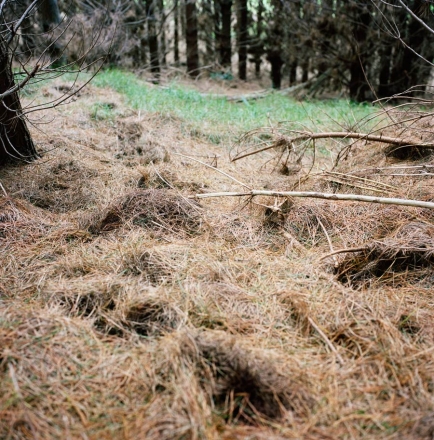 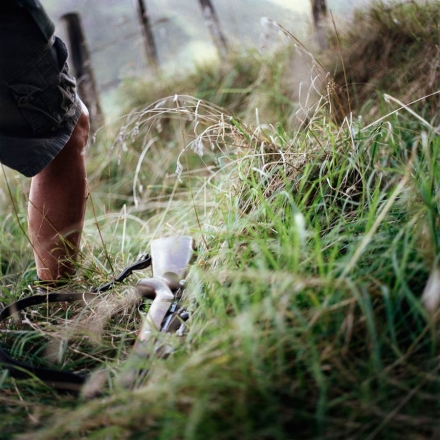 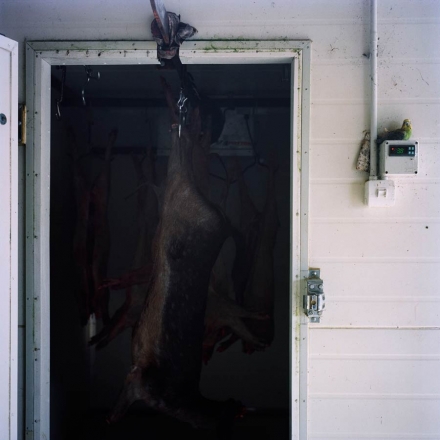 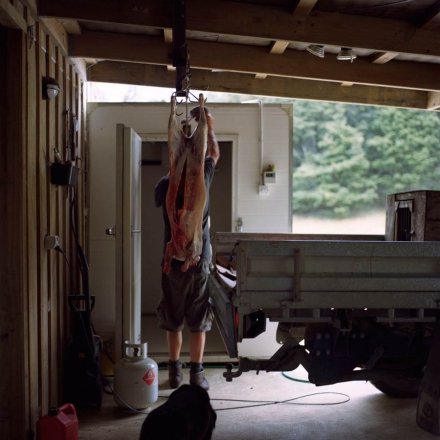 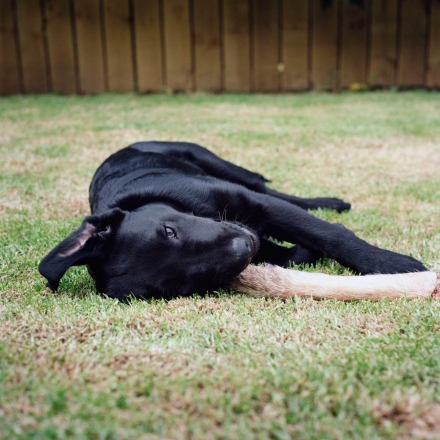 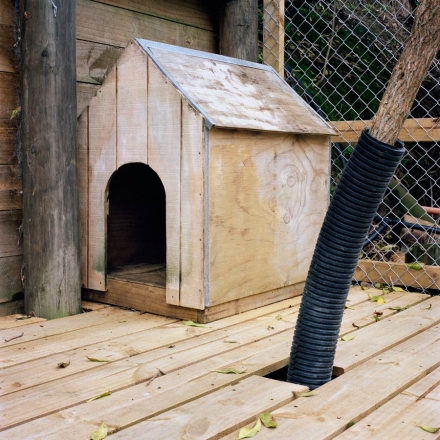 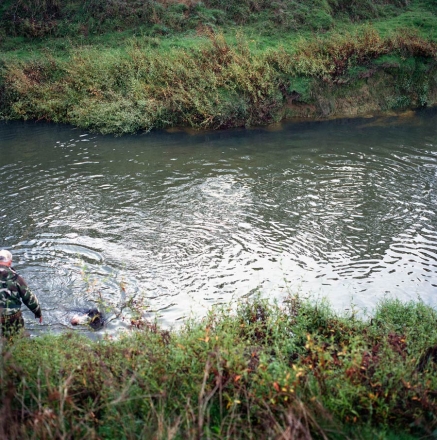 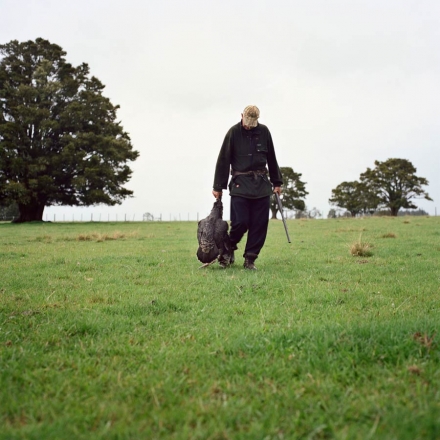 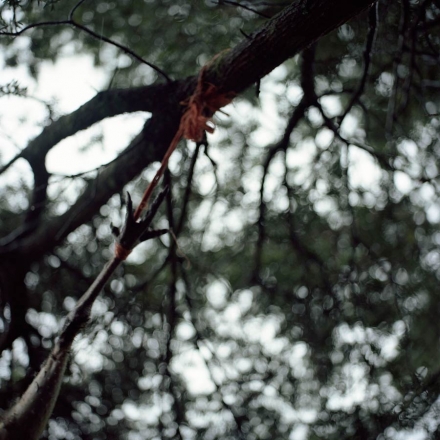 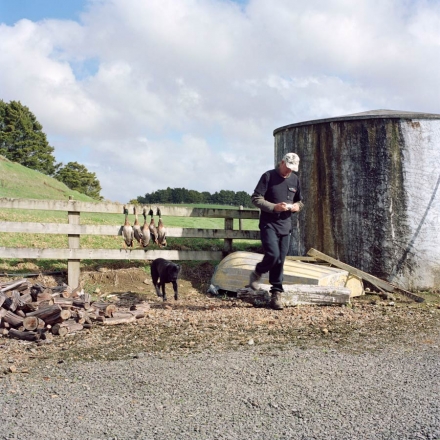 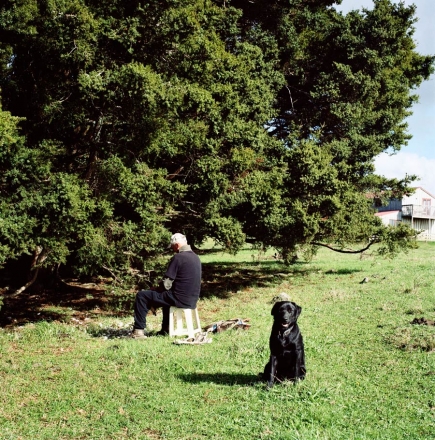 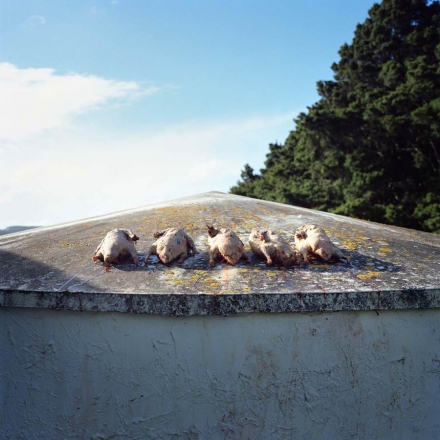 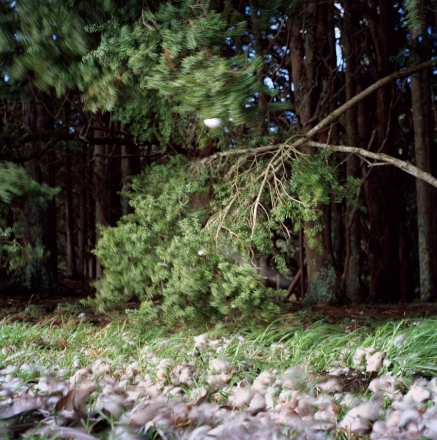 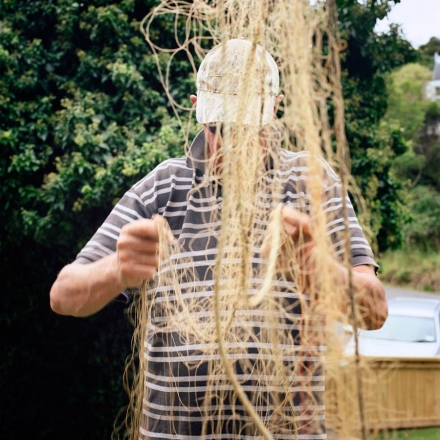 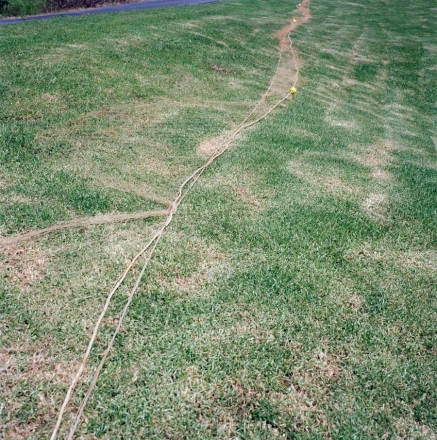 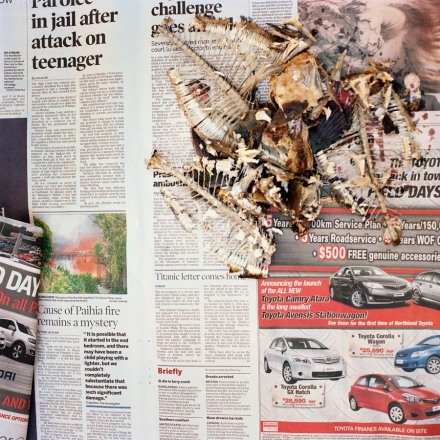 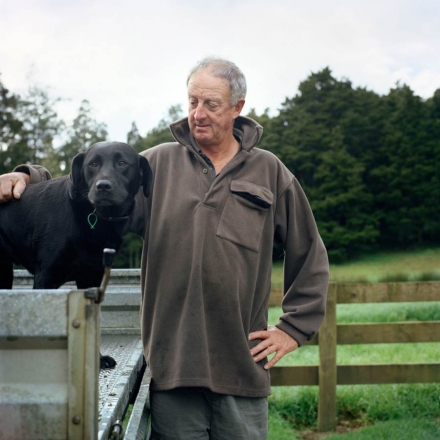 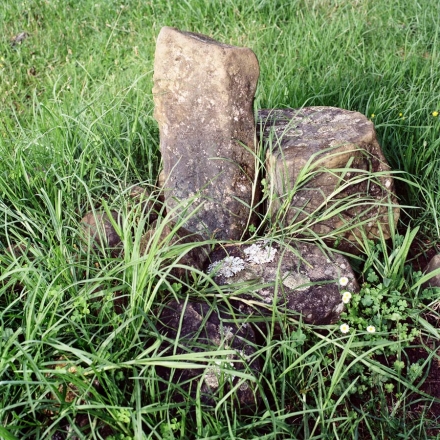 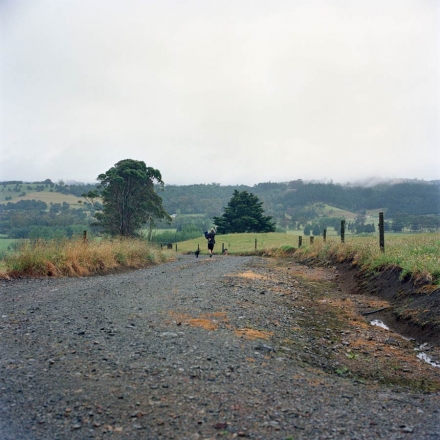 This series forms both a portrait of a man and an exploration of the life he leads. Terry, like his forebears, is a farmer, hunter, dog trainer and man of the land. His is a world of animal husbandry but also animal slaughter, with home-kill meat being a staple of the family diet.

A part of Terry’s life is spent hunting animals that are non-native to the New Zealand bush and are damaging the ecosystem, namely deer, goats, wild pigs and wild cattle. Hunting animals for meat has always been a part of his life and his skill and depth of knowledge about the process is immense.

Hunting and the killing of animals are a part of our history and our evolution. In contemporary society these activities are often viewed as brutal, savage and uncivilised, sometimes for good reason, sometimes not.

The highly destructive introduction of non-native animals to ecosystems around the world has resulted in the extinction or endangering of countless species. In Terry’s words, “it’s killing an animal, but it’s saving a native bird”.

Of the Land looks at the complex and sometimes paradoxical relationships between humanity and the natural world.