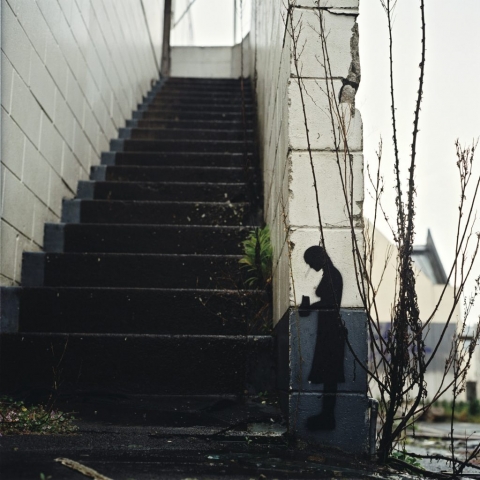 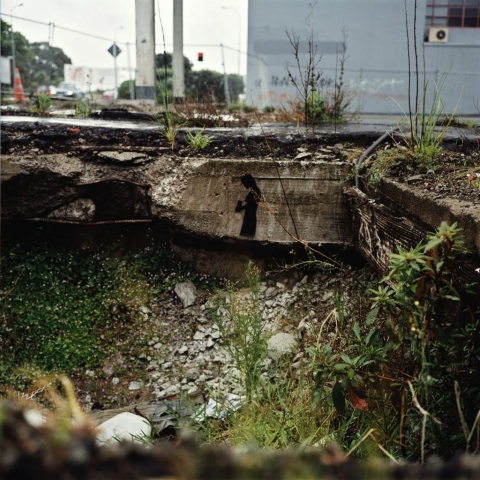 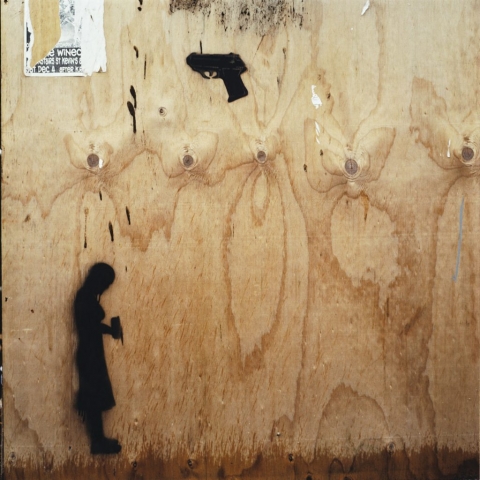 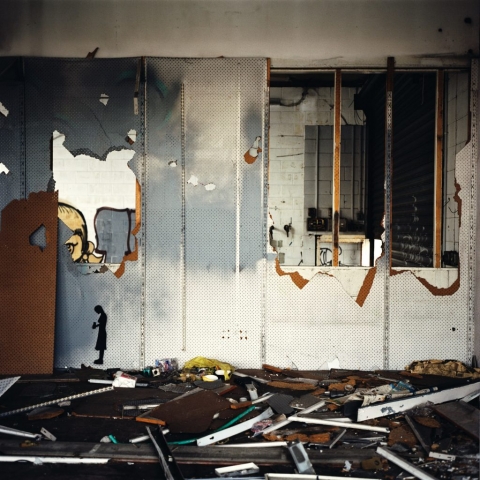 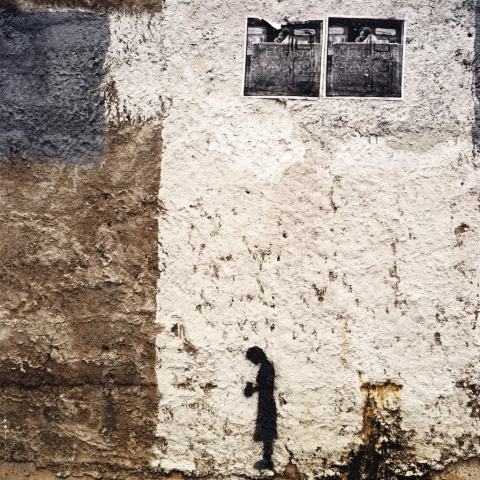 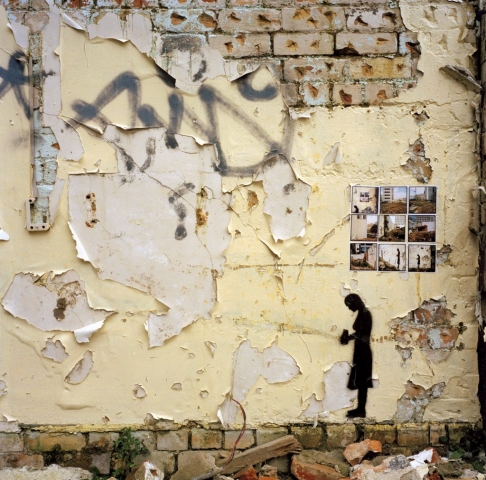 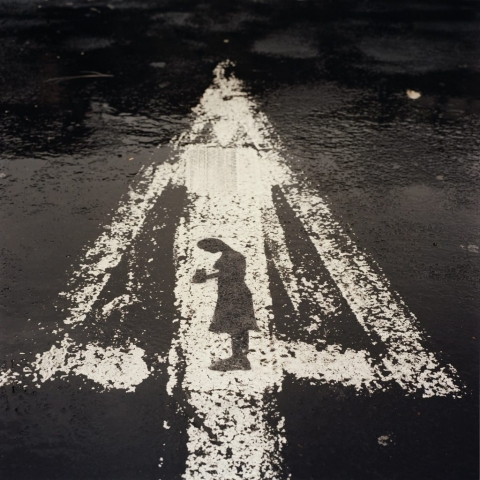 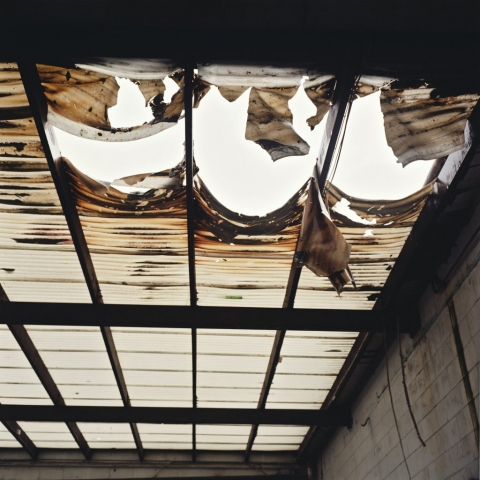 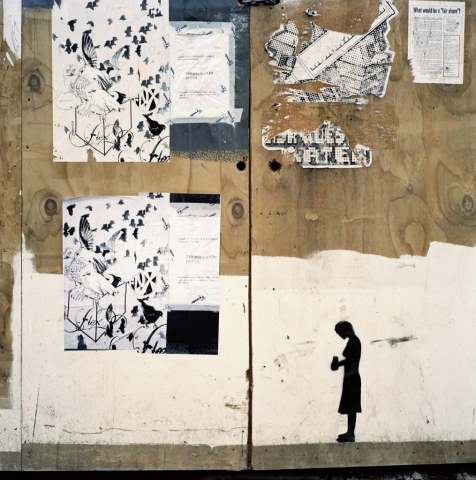 The images in Observer show the urban environment, with a painted silhouette of the photographer inserted.

The locations are in-between spaces. They are condemned, temporary, in the perpetual cycle of decay and growth. Over time plant life, concrete and spray paint encroach on these neglected spaces, claiming the environment.

Subverting the notion of a fixed subject captured by the photographer, I began to projects my own image into the subject, marking each location with a stencil of my own profile bending over my Rolleiflex waist level camera.

“Like an anthropologist, Abby Storey acknowledges that being a photographer of the human condition makes one a participant/observer, and in this series she is exploring how her symbolic, metaphorical, and actual presence affects her subject matter.”
John B Turner on the Observer series, MoMento Magazine – PhotoForum January 2008.